A recurring theme, practically all artists have drawn on their dreams or those of others for the inspiration of some of their songs. Borges suggested that dreams are the oldest and most complex of literary genres, and in music they have also become one of the favourite sources of inspiration for composition. In Velvety we dedicate our 5 SONGS to as many dreamlike songs that, without visiting one of our favourite styles, dream pop, move between rock and delicious pop with a touch of glam. An irresistible cocktail to visit the world of dreams. Enjoy.

When I look so far away please don’t wake me from my dreams, I’m just wondering who I could be If I lived inside my dreams. So begins this heartfelt review of childhood dreams by one of the most lucid musical pens of the last century, Ray Davies. Included in a minor work within The Kinks’ vast discography, the soundtrack to Percy (a surreal 1971 comedy about the world’s first penis transplant), the British, with a more orchestrated production, marked the end of their golden age (1966-72) and their last album for the Pye label with songs as beautiful as this one or the emotional Moments, another of the album’s outstanding tracks. Childhood dreams and large doses of nostalgia from one of the indispensable bands in history.

One of the most beautiful songs that David Byrne and his band composed in their almost twenty years of existence and one of the essential albums of the eighties. True Stories (1986) was not only a brilliant album, but also the soundtrack to the film of the same name, also directed by Byrne and full of good songs. Moving away from the ironic line of most of the songs, in Dream Operator the Talking Heads construct one of their most heartfelt and affected songs with a lyric full of poetry (every dream has a name and names tell your story, this song is your vision, you’re the dream operator) and a dark undercurrent, punctuated by a delicious waltz rhythm that hooks us without remedy. A consolation to escape from our reality and enter the world of dreams. Nectar

Idealising love through dreams was something that good old Roy Orbison, one of the essential voices in the history of rock, was very good at. In this case, the lyrics of this song were revealed to him in a dream he had: I woke up and the lyrics and the melody were echoing in my head. I finished writing it in less than 20 minutes, Roy explained. It was a song that came out of the unconscious, without the classic verse-chorus structure and whose melody required singing above two octaves, something that was unusual in American popular music. The Texan singer’s wide range of voice and his baritone status allowed him to execute that difficult intonation with note and leave us with one of the most heartbreaking interpretations in living memory. As a curiosity, the success of In Dreams led to the first Beatles asking Orbison to headline their UK tour. Sensitivity on the surface and hairs standing on end with every listen. You be the judge. 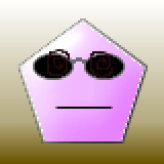